Here is a new movie that I choose this game named Monster in My Pocket which is presented by KONAMI.This game give us a show that a vampire and a monster finish a battle together.Intereting design,nice background music,random boss battle make the game lively.

Killing monster and take damage to save time

Using dual attack to finish it.

Standing in the right of the screen,making the fisish disappeared

Jumping two times and watch the memory 0024 to save time.

jumping higher for reach the top and also use the down roller to let the X-position rolling fast.2P die.

Runing in a short time

Using the bolt to kill the 2HP enemy.

Killing all the bosses and finishing the movie.
Boss's HP:0664
NesVideoAgent: Hi! I am a robot. I took a few screenshots of this movie and placed them here. Here goes! Feel free to clean up the list. 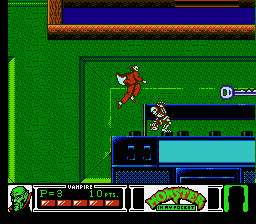 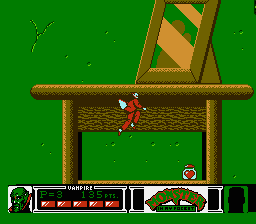 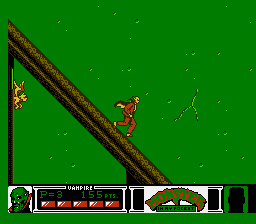 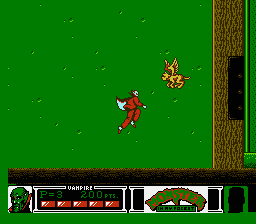 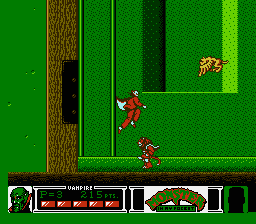 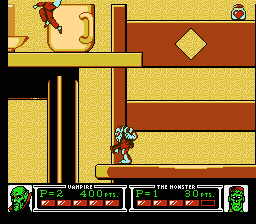 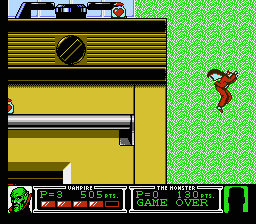 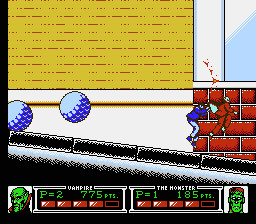 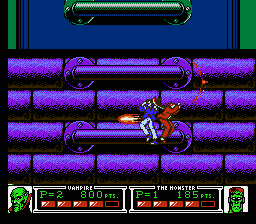 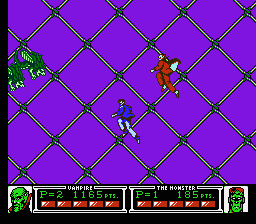 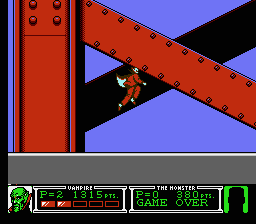 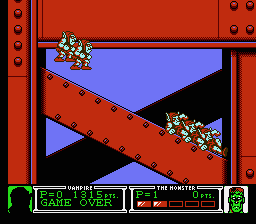 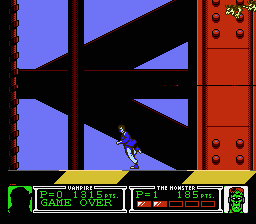 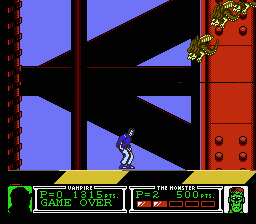 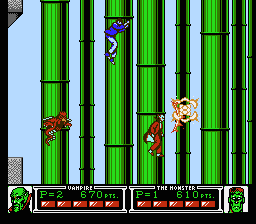 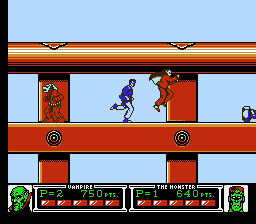 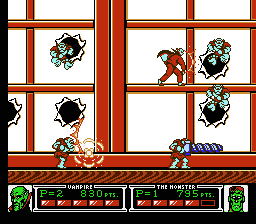 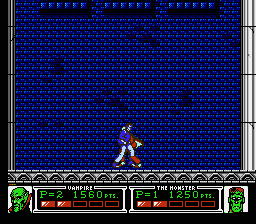 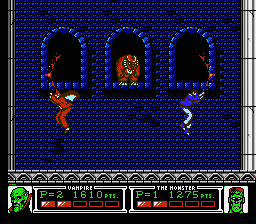 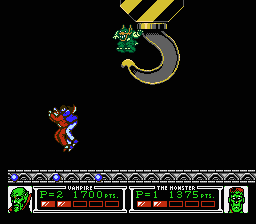