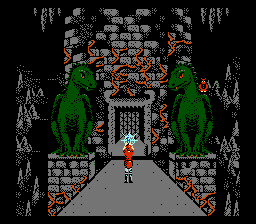 Watch Download (.fm2)
Author notes Discuss
5.5 / 10 Votes: 7
King Graham sets off on a journey to save his family from the evil wizard Mordack. Unfortunately for him, the number of beings in the world that desire to kill him are vast, and only the most silly usage of items can save him from impending doom. He also has a sidekick, Cedric the Owl, who is next to useless.
A port of the PC game from the well-known King's Quest series, King's Quest V is an adventure game infamous for its numerous dead ends, long fetch quests, and overly obscure solutions. The game is highly restrictive, with minimum points necessary to beat the game being not much less than the maximum 260 points, and as such, this TAS goes for the maximum.
Published on 11/12/2012
See full publication history
Game:
King's Quest V: Absence Makes the Heart Go Yonder!
Genres:
Adventure