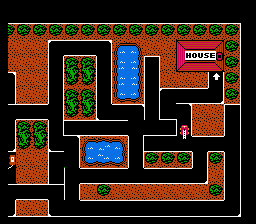 Watch Download (.fm2)
Author notes Discuss
3.9 / 10 Votes: 8
In Fisher-Price: Firehouse Rescue, the player controls a fireman driving a firetruck. Both the fireman and the firetruck bear the familiar style of the popular Fisher-Price toy line. The object of the game is to rescue pets from trees and people from houses in the immediate neighborhood. There are 2 parts to this task: the first part involves navigating the maze-like streets from an overhead perspective in order to find the troubled residence. Once the house is reached, the second part of the job is to maneuver the firetruck's ladder underneath the person or animal in need of rescue, from a side perspective, and letting them down to safety.
While the first level confines the entire neighborhood to a one-screen maze, later levels span multiple screens, thereby increasing the challenge. Further, later levels also add time limits and additional keys that the player must collect before attempting the rescue mission.
Published on 2/6/2013 12:00 AM
See full publication history
Game:
Fisher-Price: Firehouse Rescue
Genres:
Puzzle

Emulator Version:
FCEUX 2.2.0
Webmasters, please don't link directly to the files. Link to this page or the front page instead.
Republication of movies from this site is only allowed under the following conditions:
Do not label them with speculations. If unsure, ask the site staff for details.