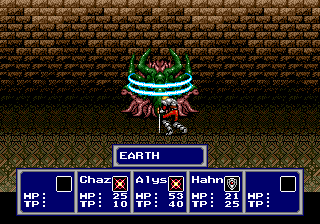 Watch Download (.gmv)
Author notes Discuss
7.34 / 10 Votes: 7
In this final installment of the famous Phantasy Star series, the protagonist, while out on a routine assignment, uncovers evidence pointing to a sinister threat to the entire solar system. One thing leads to another and he and the rest of his party eventually find themselves fighting the root of all evil. Such a quest would normally take at least ten hours, but with copious amounts of luck manipulation, it can be reduced to just under an hour and a half.
This is an improvement of about 1 minute and 48 seconds over the previous version by the same author.
Published on 10/30/2013 12:00 AM
Obsoletes:
Genesis Phantasy Star IV by janus in 1:28:15.97