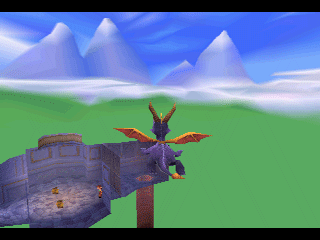 Watch Download (.pjm)
Author notes Discuss
7.75 / 10 Votes: 11.5
In true platformer-sequel style, Spyro the Dragon's vacation is interrupted by a dinosaur-riding sorcerer by the name of Ripto invading the world of Avalar, who naturally needs to be stopped. Since vacation is the paramount concern of Spyro, this is naturally done as quickly as possible without any concern for the well-being of Avalar.
While the other movie of Spyro 2 mainly follows the route intended by the developers, this run by lapogne36 and Crash41596 invents its own path, cutting in and out of the game world at will and completing only the bare minimum needed to reach the final battle.
Note: Due to an emulation error, the ending cinematic and credits is silent.
Published on 5/25/2014
See full publication history
Game:
Spyro 2: Ripto's Rage!
Genres:
Platform

Emulator Version:
Psxjin v2.0.2
Webmasters, please don't link directly to the files. Link to this page or the front page instead.
Republication of movies from this site is only allowed under the following conditions:
Do not label them with speculations. If unsure, ask the site staff for details.