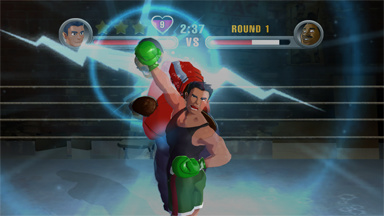 Watch Download (.dtm)
Author notes Discuss
6.46 / 10 Votes: 11.5
Doc Louis's Punch-Out!! is a standalone title released after the Wii remake of Punch-Out!! as a Platinum reward for Club Nintendo members in North America. Taking place before the events of Punch-Out!!, the game sees Little Mac spar with his coach, Doc Louis, through three progressively difficult matches, which are each cleared by knocking him down once.
As with the other Punch-Out!! runs on this site, this run by McHazard aims for in-game time first, then real time. The clock times achieved are listed below:
We also have a run of Super Punch-Out!! for the SNES.
Published on 5/25/2014
See full publication history
Game:
Doc Louis's Punch-Out!!
Genres:
Fighting
Sport

Emulator Version:
Dolphin 4.0-1522
Webmasters, please don't link directly to the files. Link to this page or the front page instead.
Republication of movies from this site is only allowed under the following conditions:
Do not label them with speculations. If unsure, ask the site staff for details.