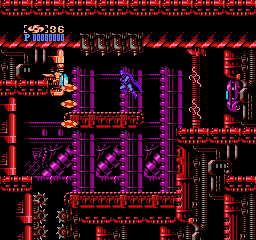 Watch on YouTube
Author notes Discuss
8 / 10
The hero of Gotham City goes against the villain of Gotham City.
His fists are more powerful than any weapon in the world, but he rarely kills anyone. It's not like his enemies can hurt him anyway. After all, he's the hero, and heroes are supposed to be invincible.
This is an awesome Jecy's 46-second improvement to the previous Batman timeattack.
Enjoy the timeattack, and the soundtrack and the graphics of this game!
Published on 4/17/2005 12:00 AM
Obsoletes:
NES Batman by Linnom in 10:17.65

Emulator Replay:
FCEU 0.98.12-blip
Download (.fcm)
Webmasters, please don't link directly to the files. Link to this page or the front page instead.
Republication of movies from this site is only allowed under the following conditions:
Do not label them with speculations. If unsure, ask the site staff for details.