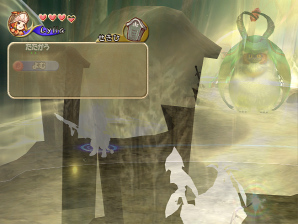 Watch Download (.dtm)
Author notes Discuss
6.33 / 10 Votes: 2
Final Fantasy: Crystal Chronicles is an action role playing game developed by The Game Designers Studio and published by Square Enix in 2003 for the Nintendo GameCube. This was the first Final Fantasy game to include real-time fighting, which has since become a staple of Final Fantasy games.
You control a caravan and its members, and travel in a hostile world with dungeons and monsters. You collect drops of Myrrh to protect your village, and go on a quest to find and destroy the source of the miasma that corrupts the world.
This run is a 1:04.11 minute improvement over Wobmiar's previous record thanks to newly found glitches and better routing.
Published on 8/13/2020
Obsoletes:
GC Final Fantasy Crystal Chronicles by Wobmiar in 1:36:47.20