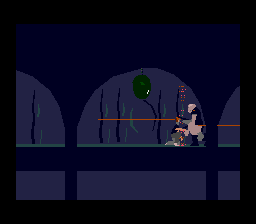 Watch on YouTube
Author notes Discuss
6.8 / 10
Out of This World, also known as Another World in Europe, is a strange and difficult game. Originally released on the Amiga, it would see several ports on other consoles, including SNES and Genesis. After a failed experiment, young scientist Lester gets transported to an alien planet. With the help of a fellow prisoner (named "buddy", or as many on the internet call him: "Mike Aruba"), Lester tries to find a way to escape a place that is out of this world.
eien86 escapes another world in record time.
Published 12 days ago
See full publication history
Game:
Out of This World
Genres:
Action
Platformer