Bugz (circa 1977-1999) was a famous rap artist that starred in the group D12 (aka Dirty Dozen). After an intense water gun fight, Bugz was hit by an SUV. I don't know why someone brought an SUV to a water gun fight, but clearly there's no way you can lose by doing so, as long as you spraypaint "NERF Subocean Underwater Vehicle" on the side. 16 years later, ArtcFox decided to pay tribute to this tragedy and created Bugz for the Uzebox (of course exercising a few artistic liberties). You can re-live the rough and tumble lifestyle of this troubled man by squishing bugs (not Bugz, as he was already squished by the SUV) and collecting cookies throughout 21 unique levels.
This game was chosen for Dream Team Contest 9, and it is a 19100 frame improvement to #6064: EZGames69's SNES A Bug's Life in 07:59.73. Wait, uh,

Left/Right - Move
Left+Right - Moonwalk to the right. Maintains current speed. Occasionally used for sub-pixel optimization when below max speed
Up/Down - Climb Ladders/Fall through platforms
B - Run while holding
A - Jump. Variable height
Select + Right Shoulder Button - Level Select - Not used in this run, but an identical effect happens when you collect all the cookies in each level

Pressing any button after dying will cause you to respawn at your initial starting point. Conveniently enough, this is also where the final cookie spawns, so it's often faster for one character to die and spawn back at the beginning.

You can use your partner as an additional "enemy" to stomp to cross certain obstacles more efficiently. The vertical momentum of the stomped player gets carried to the stomper, which can allow for even bigger jumps.

Discovered by team 5. If (for example) the edge of a wall is at sub-pixel position 128 and you're at sub-pixel position 129, then you can rise vertically and clip into the wall by that 1 sub-pixel. Pressing any direction while in the wall will eject you back to the 128 position. BUT, if the wall you're clipping into is only 1 block high, and you're over halfway up, AND your vertical momentum is 0, then pressing any direction will eject you to the top of that block. This usually takes a couple frames to set up correctly, and your x-speed is 0 afterwards. It's only useful when you can't jump to a certain ledge normally.

Useless. Don't listen to the haters, Team 2.
Level times by DTC team, with the fastest time in bold.
Note: the levels were timed using a script that Dacicus made.
Here's the number of levels for which each team had the best time.
Since then, here's the time saves that have been found: 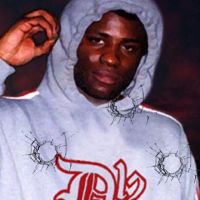 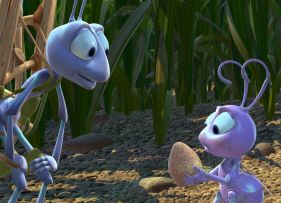 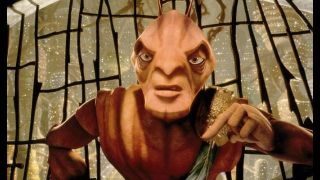 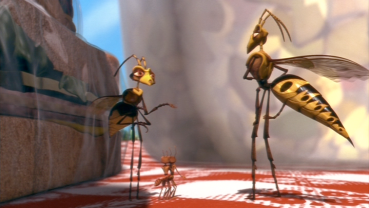 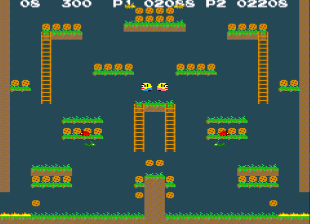