(Link to video)
This is a better version of previous run I made before. 51 drawings on the Calculations X 100 mode were replaced by new ones. No change on Brain Age Check mode.

This submission text tells you what I draw. I recommend you not to read it before watching the movie!

Note: The replay is not quite deterministic. If the replay runs desync,
1, Save at frame 117 during playing the movie.
2, Load the savestate slot.
3, Play the movie from beggining again and it will run well.

Have you ever had an interest in art or wanted to learn how to draw? Well now you can with the Brain Age software for the Nintendo DS system. Brain Age is a fun, interactive, and portable training software that will teach you how to draw, much as you would learn in Calculations X 100.
Hehe, I told a lie. The real description is as follows.
Brain Age is a puzzle game to exercise your brain a little each day. It is inspired by the research of Professor Ryuta Kawashima. You will play a variety of puzzles to train your brain. Although there has been controversy over the scientific effectiveness of the game in keeping your brain active, the game got very popular.

This run shows you how you can abuse the number recognition program by secretly drawing the number answer in each picture. You can see random characters on Brain Age Check mode, and video game stuff on calculations X 100 mode. The latter mode, the run ignores the game time and fails to launch a rocket. This time, it takes 5 minutes to solve the entire math problem, and it is slower than the previous run. This is because the run aims to be as entertaining as possible.

Examples of how to abuse the recognition program 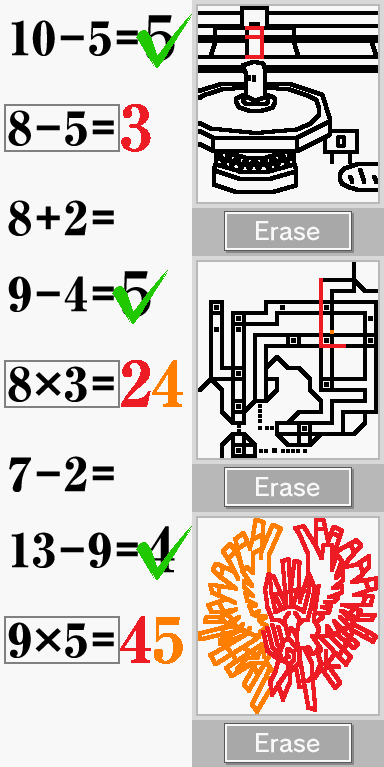 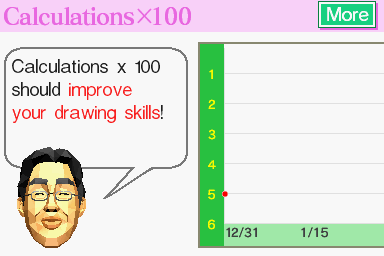 Hope you enjoy the movie, thank you! 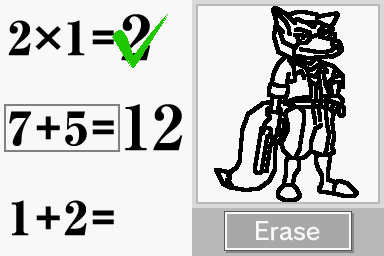 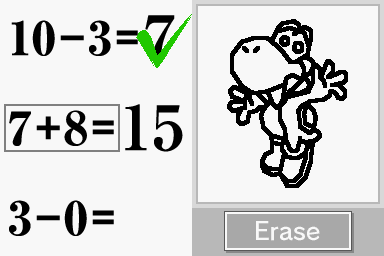 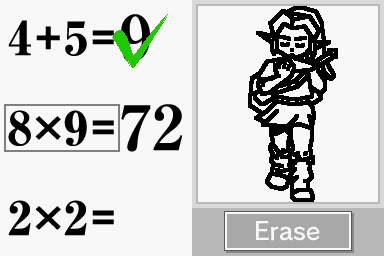 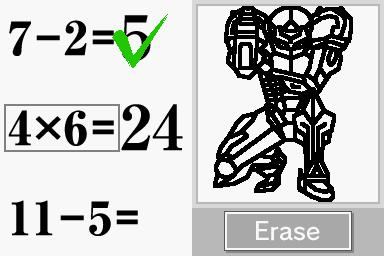 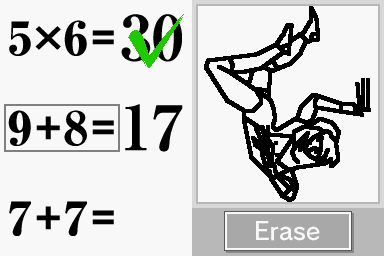 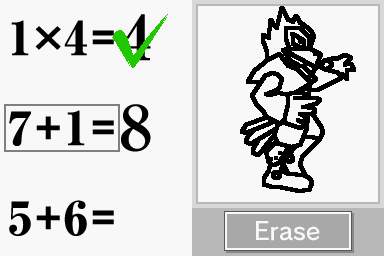 Flygon: Rigged up a YouTube module.
adelikat: Claimed for judging!
adelikat: There was a lot of divided opinions on this submission and while there were a lot of really good points, this one resonated the most with me. As such, I am accepting this an as improvement to the currently published movie.
(Further documentation of my decision here.)
sgrunt: I'll publish this shortly.

I can't view the movie because it keeps desyncing. I tried the savestate at frame 117 "fix" and it didn't work either. I guess I'll just wait for the encode. I assume others have run into this problem...?
My homepage on this site
Posted: 1/27/2011 7:25 AM
Quote

Watched Ryuto's encode. He just turned one of the most epic and entertaining runs on the site into something even better. Big yes vote.
http://www.youtube.com/Noxxa (formerly known as Mothrayas) <dwangoAC> This is a TAS (...). Not suitable for all audiences. May cause undesirable side-effects. May contain emulator abuse. Emulator may be abusive. This product contains glitches known to the state of California to cause egg defects. <Masterjun> I'm just a guy arranging bits in a sequence which could potentially amuse other people looking at these bits <adelikat> In Oregon Trail, I sacrificed my own family to save time. In Star trek, I killed helpless comrades in escape pods to save time. Here, I kill my allies to save time. I think I need help.
Posted: 1/27/2011 10:54 AM
Quote

Joined: 11/4/2007
Posts: 1772
Location: Australia, Victoria
SD download YouTube I'm up for this at, the very least, being published alongside the existing Brain Age movie. As in, quite literally inside the same publication... assuming the site is actually capable of handling that. Yes vote.
Posted: 1/27/2011 12:26 PM
Quote

Joined: 3/10/2004
Posts: 7698
Location: Finland
Voting no because this run is suboptimal and doesn't complete the game as fast as possible. There clearly is a lot of room for improvement. Many of the numbers could have been drawn with significantly less strokes. (Just kidding, of course.)
Posted: 1/27/2011 1:42 PM
Quote

Experienced Forum User
Joined: 5/13/2009
Posts: 141
I was honestly a bit disappointed. One of the cool parts about the last submission was the fact that it was TAS-fast AND it made loads of awesome pictures. We'd get one beautifully detailed artwork and then 10 quick ones. This run was beautiful and amazing, but just dragged compared to the last one. Voting meh.
Posted: 1/27/2011 2:08 PM
Quote

Brilliant. I wouldn't have thought the previous movie could be clearly improved, but it was. This will get a big fat rating from me once published.
It's hard to look this good. My TAS projects
Posted: 1/27/2011 4:02 PM
Quote

Experienced Forum User
Joined: 7/25/2007
Posts: 109
Meh. A little too many Nintendo-related things for my liking. IMO, if we're going to go complex, we may as well go the extra mile and be willing to draw anything. I mean shit man, you didn't even draw Sonic. By the way, I have no idea what the floating head guy's idea of a healthy brain is, but seeing that to-my-knowledge ordinary gray brain with all the red blotches polluting it makes me so not want to have one.
Posted: 1/27/2011 5:33 PM
Quote

While sort of the initial "Wow" moment is gone, seeing you messing with the game in all sorts of ways, this run still is very impressive and entertaining, and I don't see how it shouldn't be published. However, how do we treat the old run and this one then?
Posted: 1/27/2011 6:35 PM
Quote

Experienced Forum User, Player (120)
Joined: 7/16/2009
Posts: 686
I'm gonna have to go with the people who find this movie a tad slow. Although it contains some great drawings, it does miss the TAS feel and the pace of the old run. Refraining from voting.
1 2 3 4