Jackal is a classic NES game in Konami,wo call it "赤色要塞".Two players fight with enemy bu two jeeps.I thing jeep in this game is so lovely,Do you think?We can fire(press"B")and bomb(press"A").I thing it's more wonderful if jeep can jump^_^There are four level in bomb.The highest level is very terrible-you can attack all directions. I think the game comes from a MAME game.I play Jackal in MAME,it is so hard.It has been improved when it comes NES.First,you can only fire ahead,and it makes you play more easily. The first BOSS is four tanks,so easy.The second BOSS is four head,so easy but it looks cool.The third BOSS is a ship,so easy.The fourth BOSS is a helicopter,so easy.The fifth BOSS is a door,so easy,The last BOSS is castle and a big tank,there is a little difficult.

There are two reason will occur lag.First,the count of enemy and enemy's bullet.The second reason is your attack.The way to reduce lag is kill enemy,but when you attack enemy,it will occur new lag.So it is hard to select.We must try to debug by rerecord.Sometimes we must bear lag,because it can't be solved.

There is usually big randomness in this STG game. You can meet different situation every time. Logo-When you finish a stage,there will be a short logo.But this logo is not un unchangable,we can reduce it by operation.
NesVideoAgent: Hi! I am a robot. I took a few screenshots of this movie and placed them here. Oh! I also replaced the ROM name. 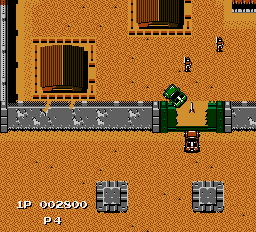 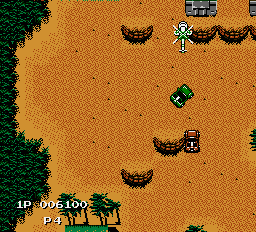 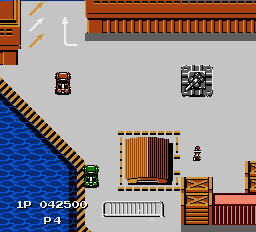 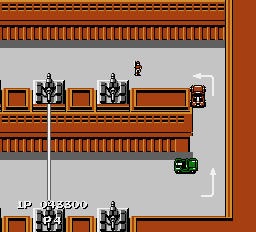 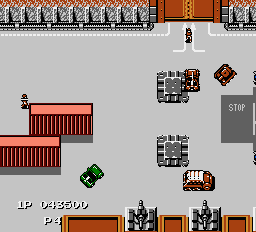 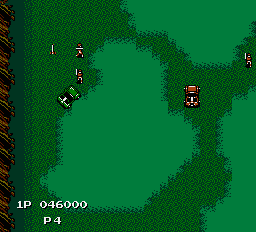 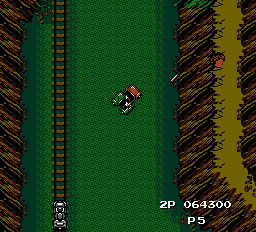 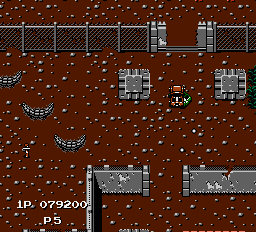 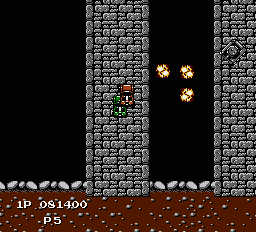 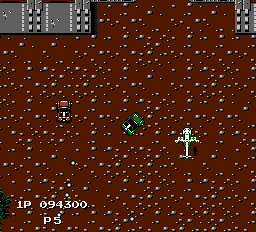 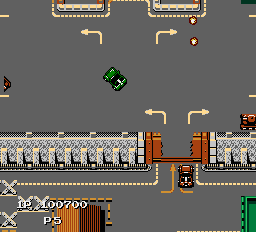 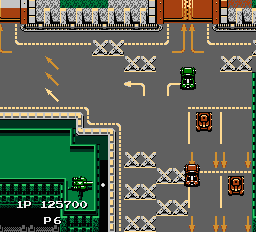 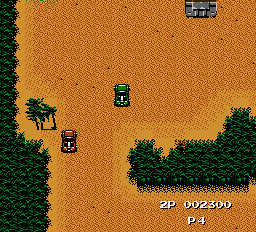 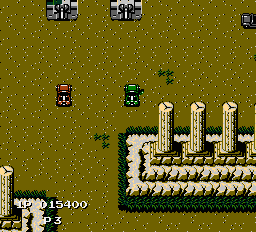 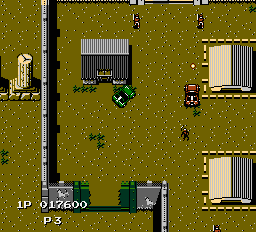 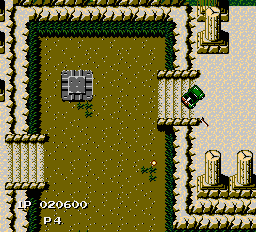 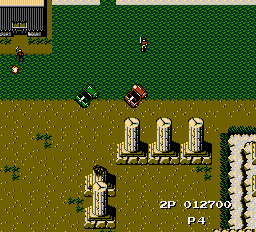 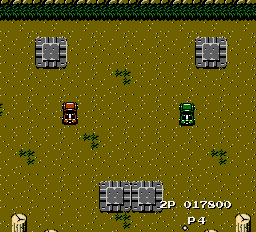 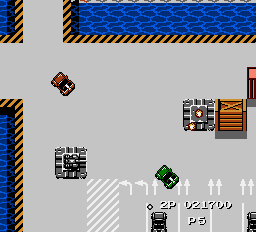 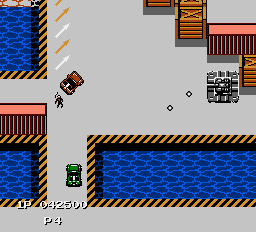 adelikat: accepting for publication and encoding.

Joined: 2/11/2007
Posts: 1522
Definitely a large technical improvement over the original movie. Two players seem to do the bosses much faster. The previous movie avoided shooting as much as possible which I thought was kind of amusing, but I liked this movie as well.
I make a comic with no image files and you should read it. While there is a lower class, I am in it, and while there is a criminal element I am of it, and while there is a soul in prison, I am not free. -Eugene Debs
Posted: 9/24/2007 1:07 AM
Quote

Experienced Forum User
Joined: 9/20/2007
Posts: 22
I was thinking the same thing. I enjoyed watching this movie as well. Tho I would like to see this one published alongside the other one and not replace it, since I think having 2 payers make a big enough difference.
Posted: 9/24/2007 4:52 AM
Quote

Experienced Forum User, Player (230)
Joined: 7/30/2006
Posts: 207
Location: Alefgard, USA
Hmm... I was actually working on this movie -- my WIP (unposted) was completed up to the boss of level 3. I had chosen only to get one power up per vehicle to avoid lag, but I was worried that I may have trouble in level 5. Anyway, it looks like you had a better strategy against the lasers in level 3 than I did, but it may not be that hard for me to redo to see if I can save time. Yes vote, by the way. Good job. I vote that this movie obsolete the current run, which seems to "pacifist" to me.
Posted: 9/24/2007 11:22 AM
Quote

And sometimes two players save time when one needs to wait while the other keeps moving on.
<klmz> it reminds me of that people used to keep quoting adelikat's IRC statements in the old good days <adelikat> no doubt <adelikat> klmz, they still do
Posted: 9/24/2007 8:18 PM
Quote

Joined: 8/13/2005
Posts: 356
Location: Canada
I wonder if dave_dfwm's idea of using a lower-power rocket would save time overall due to lag. I guess they saved a good amount of time (and effort) against that one boss though. Are you planning to continue working on your run of this game, dave?
Posted: 9/26/2007 1:45 PM
Quote

Experienced Forum User, Player (230)
Joined: 7/30/2006
Posts: 207
Location: Alefgard, USA
FreshFeeling: I may continue to my run, but first I'll have to compare it very carefully to Xipo's, which looks pretty good. I know for sure I'll have to redo parts of level 3. If I can beat the boat and get what appears to be an improvement, I may finish it. This process won't be happening for a while though -- grad school just got to the tough part of the semester again.
Posted: 9/27/2007 3:05 AM
Quote

Joined: 5/1/2004
Posts: 4096
Location: Rio, Brazil
xipo is a man-machine! I would watch it if I could, this must be good.
aka Nesrocks http://www.youtube.com/user/UoBtExFODA https://nesrocks.com https://twitter.com/bitinkstudios
Posted: 9/27/2007 1:38 PM
Post subject: Movie published
Quote

Joined: 7/16/2004
Posts: 108
Location: Germany, Bremen
I just noticed that the completion time in the beginning of the AVI says 05:22:95 which isn't correct for this TAS ...but the new glitched Castlevania CotM TAS ;) . Not worth doing a new AVI, but it should maybe mentioned in the description.
.:| www.superplayers.de |:.