This is part 3 of 3 of my Spider-man three-peat, ménage à trois, triple play, etc. The other two parts can be found here and here
This is a TAS of the Sega 32X game Spider-man - Web of Fire, completed in 7 minutes and 10 seconds. I decided to make a TAS of this game for two reasons:

What makes a game hard? Sometimes it's long levels, without saves points. Sometimes it's a multitude of enemies. Sometimes it's tough bosses. Sometimes it's complex game mechanics.
And sometimes, the game has shit-for-controls. This is one of those games. It has absolutely horrible controls. Spider-man can punch three times in a row, but only the first punch deals damage, and the whole sequence lasts over 3 seconds. The jumping is extremely finicky. The web-swinging is mediocre at best. All in all, this is just a horrible game, and one of the reasons that no one actually bought a 32X.
I recorded this with Gens v. 10a, so that version has the best chance of syncing. As for getting it to play, you will need three 32X bios files (google 32X bios, and you shouldn't have much problem). They go in the following spots, under the Options>Bios/Misc files:
If you end up with some funky looking graphics, go to Graphics>Render>EPX. If you have any other problems, please post them and I will try to help you through.
Just to give you an idea of how bad this game was coded, I was able to glitch the title screen (!) into only displaying half of the intended graphics.

I'll get this out of the way first: This run may look somewhat less polished than my other two Spider-man runs. There are two reasons for this. One is the horrible controls. Trying to get Spider-man to land as high up on the wall as possible is ridiculous, because of the strange collision detection the game engine uses. The other reason is that I was not able to find a RAM address for speed when web-swinging. Just to prove I'm not fully incompetent, I easily found addresses for land velocity, X location, and many, many boss HPs. So if it looks somewhat improvable to you, I agree. I did do two test runs prior to making this, so I did have some things to compare to, and I do believe that it is a high enough quality to be published.
The game revolves around a group of rejects from the "Cool Boss Name" company, who decide to start a gang known as Hydra. They then cover the city in a neon web. Spider-man then goes to kick their asses. That's about it for the plot. I'm guessing that the developers only had enough cash on had to use the Spider-man license, but not the names of any of the well know villains from the comics or movies, so they had to improvise with bosses like "Dragonman", "The Eel", and "Thermite". There's also a few unnamed ones in the last two levels, but they look just the same as the previous bosses, so you can use your imagination. Actually, imagining better names for bosses is a hell of a lot more fun than actually playing this game.
I don't know what else to say about this run, other than I hope it is somewhat entertaining, and that it saves some poor souls from having to actually play the game. If you'd like to see what real play looks like, take a look at this youtube video. If you have any questions, I'll try to answer them in the submission thread.
NesVideoAgent: Hi! I am a robot. I took a few screenshots of this movie and placed them here. I'm not sure I got the right ROM though. (I tried Spider-Man - Web of Fire (32X) (W) [!].32x, which was the closest match to what you wrote.) Well, here goes! Feel free to clean up the list. 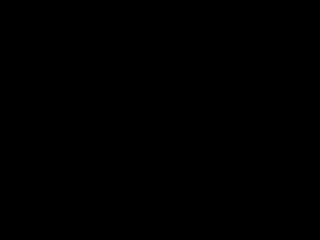 Another good movie by mmspiderbossman. Entertaining, yes vote.
It's hard to look this good. My TAS projects
Posted: 8/17/2008 10:26 AM
Quote

Experienced Forum User, Experienced player (606)
Joined: 4/24/2005
Posts: 612
This one was off and on boring. It has nice visuals, 'Genesis' music, and an interesting feel to it. At a certain point, Spider-man just looks like he's showing off (that's a plus). One bad thing is the lack of fighting, though, when you did fight, it was the best thing ever. Gotta love when there's a timer to beat. With little nit-picks aside, it was entertaining so here's a yes vote.
Posted: 8/17/2008 3:43 PM
Quote

Nice run and a "yes" vote for all three spidermmbossman submissions. I took a few screenshots while watching this:

Joined: 2/26/2007
Posts: 1360
Location: Minnesota
As I began my post with "I am about to flip a coin," I tried to come up with reasons I should vote yes as opposed to meh. Sadly I couldn't come up with any. The boss fights were the highlight of this run, however the fights lasted a couple seconds as opposed to the couple minutes of high flying, web slinging action... of course, that type of action eventually bores. If there had been a little more running around kicking some ass, I might have given this a yes (it was a very weak yes, very strong meh). Sorry bossy, don't tie me up with web and have your way with me! *assumes the position*
Posted: 8/22/2008 9:36 PM
Quote

Experienced Forum User
Joined: 11/11/2006
Posts: 1235
Location: United Kingdom
while your screenshots are usually pretty good, I can't use them because the top and bottom black border is always cropped. The resolution MUST be 320x240 but for yours it's always less on the height. Never mind, Upthorn has enlightened me on the Genesis NTSC resolution.
<adelikat> I am annoyed at my irc statements ending up in forums & sigs
Posted: 8/24/2008 5:28 PM
Post subject: Movie published
Quote

Joined: 9/23/2006
Posts: 207
Location: Moreno Valley, California
I have a sneaking suspicion that the screenshot the robot took is more enjoyable than the game itself. Kudos for destroying a horrible game.
"The way to move out of judgment is to move into gratitude." — Neale Donald Walsch DannyLilithborne on IRC