Details on the run

This is an improvement over Dark Clouds previous submission, it is 532 frames or ~8.7 seconds faster, for information about the glitch look up the previous submission comments. I picked this up as a side project because of temporarily getting bored with Super Metroid and Sparkster, I thought this game seemed like fun to run and the overhead levels looked like a real challenge (which they definitely where...), so 2 days later here we are. Besides the improvement of time I also tried to make the run more entertaining than the last one, if I succeeded is for you all do decide :D

2 frames saved on the intro, pressing both directions plus start at the same frame when choosing difficulty.
60 frames saved on the first level. Some from lag reduction (I think), some from not turning around unnecessarily to shoot some enemies and most from dying earlier the 3rd time when detonating the bomb (I tested a lot of different stuff here, and this turned out the fastest, detonating the bomb earlier was slower).
138 frames saved on the second level, almost everything from tighter movement and more diagonal walking, I had to stop for a bit before the last manhole (or whatever it is) to get a bomb to drop from it, but despite that the wait was 10 frames or so I only lost 4 due to some frame rulre or somethnig.
lost 1 frame in the transition between stage 2 and 3 for some reason, I had no power over it happening and could not change it.
No frames saved on the boss or the 3rd level, but I saved 2 frames between level 3 and 4 because I didn't have to manipulate luck for more than 1 frame to get a Crash-Bomb at the start of level 4.
6 frames saved on the fourth level, I experimented a lot here getting killed earlier and later, placing the bomb earlier and later, and this is what I got.
Saved 1 frame in the transition between stage 4 and 5, probably for the same reason I lost one between 2 and 3 (I don't know why).
68 frames saved in the fifth level, pretty much solely form more optimized movement and turning, I might have gained a frame or two from not having to wait to shoot the last bughole to get a Laser (it dropped on the earliest possible moment).
251 frames saved on the boss by using both Crash-Bombs and Laser in combination, which damages him a lot faster.
5 frames saved on the last level by shooting the "saucer" in a way that made me get the bomb earlier.

Dark Cloud and anyone else involved in previous TASes of the game and the discovery of the glitch.
NesVideoAgent: Hi! I am a robot. I took a few screenshots of this movie and placed them here. Oh! I also corrected the ROM name. 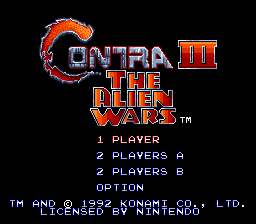 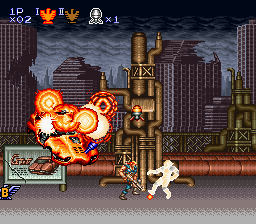 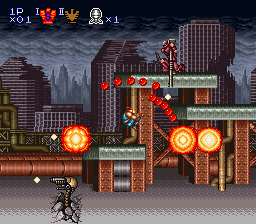 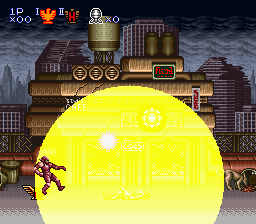 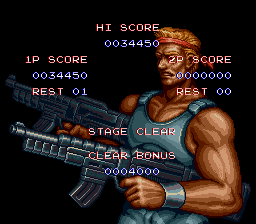 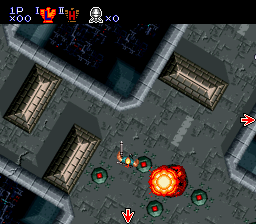 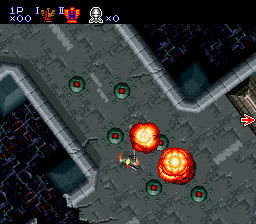 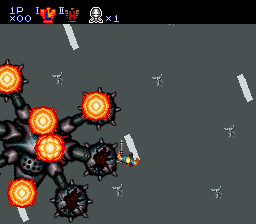 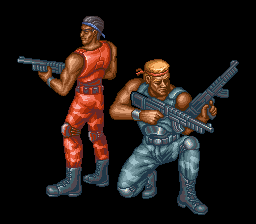 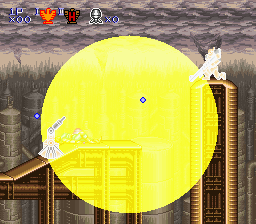 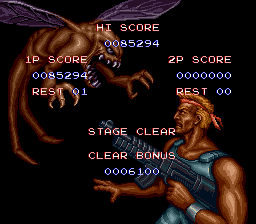 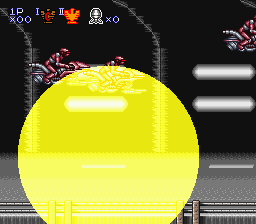 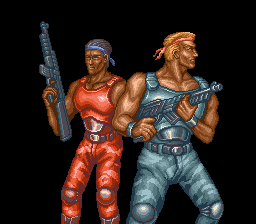 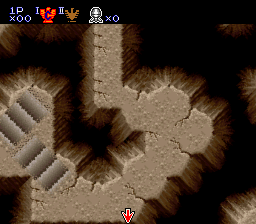 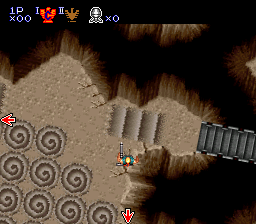 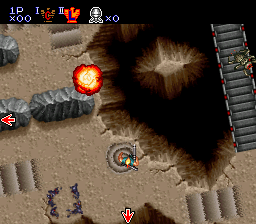 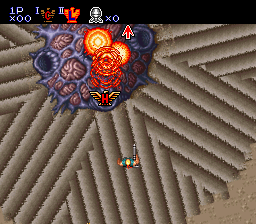 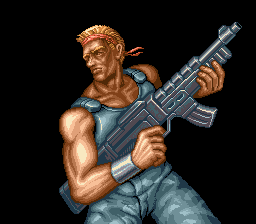 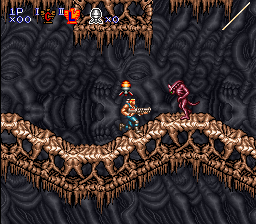 mmbossman: Those overhead views sure made me dizzy, but everything looked clean and precise. Accepting as an improvement to the published movie.
ShinyDoofy: Processing...

Experienced Forum User
Joined: 12/5/2007
Posts: 716
I was going by the filename of the now-obsolete movie. Haven't actually checked on the other categories for runs of this game. But now that you've said it, they really do use 3 over iii. I'll try to keep an eye on other categories' names if such exist; thanks for the hint.
Posted: 11/5/2008 6:22 AM
Quote

Joined: 10/9/2004
Posts: 1910
Location: Floating Tower
Yeah, I know the old one used contraiii too. Nothing against you, I just noticed the old one and this one used that method of naming. Yes, I know that came is called Contra III not Contra 3. I'm just saying...
Taking over the world, one game at a time. Currently TASing: Nothing
Posted: 2/21/2011 6:23 PM
Quote