Wonder Boy III: The Dragon's Trap (AKA Dragon's Curse and Monster World II Dragon No Wana in Japan) is a 1989 platform game by Sega and Westone. This game is a direct sequel to Wonder Boy in Monster Land and starts in the final lair of the previous game. It is widely considered among the best games produced for the Sega Master System. (Taken from Wikipedia)

How the run happened:

I (I refering to OgreSlayeR) decided this game would make a great TAS. I started a test run way back with Dr. SMS while waiting patiently for a real rerecording SMS emulator. I would not be waiting too long, as PCC made SMS Tasing a reality. I worked on it some, but I lost motivation. After Angerfist finished his Wonder Boy 1 TAS we decided to work on it as a team. I did the route planning and Angerfist did most of the actual work. I mainly gave advice and would improve his work whenever possible. We both agreed we would not abuse the Tasmanian Sword. It's basically is a Sword that allows you to turn into any Animal form if you jump and press Button 1 on controller 1 and Button 2 on controller 2. I personally believe it to be a debug tool. One similar to the second controller trick in Mega Man 3. It's not in the intruction manuel and the fact you have to use both controllers seems to fit my theory. It also would make the run more boring because you would skip a lot of the game.If one such run ever gets made with it I believe it should be a seperate catagory.

- Taking damage usually isn't worth it because you get bounced around. It's mainly useful for luck manipulation, getting knocked up, (We do this in the intro stage) and when it's faster than avoiding it.
- You can only hold 1 Key at once. This is why we don't collect some extra keys to avoid getting ones more out of the way.
- If you jump and block a projectile with your shield that is coming from behind, you will get a small boost.
- Enemies are fairly random. If we stun one enemy and jump over him, but have to kill another later (even if it's the same type), it's because we will get hit otherwise and it's our only option.
- Manipulating items in this game is a PAIN. It's seems the only way you can get what you want is to either get hit or do something different on the previous or current screen. (It could mean kill 3 certain Snakes to hopefully make certain enemy drop what you want. This doesn't always work though.)
-You need Charisma Points (CP) to be able to buy most gear from the Stores. Armor (not Shields) and Charm Stones can raise this.
-Sadly some delays are needed. It's simply impossible sometimes to Kill/Avoid everything without delaying some.
-Delaying some hits on a few bosses is worth it. This game seems to have a 'random' damage range. You can do 4-8 damage for example. Delaying or getting hit can manipulate this.
I'll now briefly comment on some Areas and explain our choices.

Well, we start off all green haired and beefed up. The Meka Dragon fight is fairly straight forward. If you hit him as fast as possible he goes off screen where you can't reach him which is a a bit annoying (All bosses like to do this...). Running to the left is a good idea because it draws him out more. After the fight we get hit by the Blue Soul asap as collecting gold here isn't worth it. Rest speaks for it self. We had to delay a bit in the rooms with the falling blocks or would we take damage and waste time. One Block proves to be worth taking damage off however. :)

Buying the Mithril Sword isn't worth it (Though the Armor proves to be useful later). It seems the Lizard Man can do anywhere from 2-8 with the starter (Ivory) Sword. I did not notice the Mithril Sword do anything. Maybe it makes the 8 damage more common? That shouldn't matter in a TAS with manipulatation...

Not much to say; we need the Key to gain access to the desert. Getting the Boomerang as early as possible is a no brainer in this game. It saves tons of times. There would be even more delays in this run without it. Plus it adds some more variety. Otherwise it would just be Regular attack the whole game...ZzZzZz

The level itself was fairly Straight forward, not really too much in the way of delays luckily. The Mummy Dragon fight is probably my least favorite fight. Mainly because we found a good pattern on him, but we had to take damage for him to keep that pattern. We managed to do as many max damage (8) hits as possible. You can only get 3 hits on him when he comes down before he is out of reach. We delayed the third so we could cancel his green goo attack to save time. Arrows aren't worth collecting to speed up the fight. Collecting the gold off the Dragon was worth it here.

We needed 769 total gold for the gear we would need. The chest here supplies most of it and the few Charm Stones we need to be able buy our gear.
Town again: Buying the Mithril armor is to get more CP. Charm Stones are so rare and the Fact we need need like 10 (which is about how much the armor provides) just makes it unrealistic.

All of our gold spent on the Shogun gear. Yes, we have to buy the Shogun Armor and wear it to get the Sword. There's no way around it. Even though doing all of this wastes a decent amount of time, it saves A TON of time on the next boss fight.

This Dungeon is a bit boring cause it looks the SAME the whole time. It's more interesting than the last one though. Like I said before, this boss is the reason for all the coin collecting. With the Shogun Sword Mouse Man has a damage range of 4-8. Without it, it's a measly 2-3. We get all 8 damage hits on him. We do have to delay about 3 hits on him otherwise we do 4 damage. It saves another boring cycle of him going back and forth so it's worth it. Staying all the way to the left is the fastest way to make him come out of the ground. This fight is fairly boring, but picture it with 2-3 damage!

Well now that we are Piranha Man the run gets more interesting! We need the Thunder Sabre to beat them game. It allows us to break blocks so that's all cool. Normally you have to buy the Dragon Armor to be able to walk through the Lava without dying, but we abuse a cool glitch! It basiclly allows you to keep your water physics so you can do cool Sequence breaks! Yay!!!
Town to Underground: Since we're still Mouse Man we might as well go grab the Magical Sabre while we are at it. It allows us to create blocks to destroy. Another item needed to beat the game.

Sequence break time! We glitch and take a fairly long detour to the same Castle from the intro. We can now get the best Sword in the game! The Legendary Sword! Normally you get it at the very end as Hawk Man.

Fairly annoying dungeon cause there's very little room. Some delays are needed. The Pirate Dragon itself must be one of the hardest bosses in the game! Even with the best Sword..no joke..

This is a Straight forward dungeon..with Ninjas!. The boss itself isn't too hard. His big sword is annoying if you are trying to hit him ASAP. It tends to damage you in the process which = 1 hit KO for us. :( Luckily the Boomerang is useful for making this not happen.

Hardest dungeon of them all. A few delays but nothing much we could do about it. OgreSlayer did most of the job of killing the last boss, which was a real pain in the ass. Our aim was to deliver as many 12 HP Damages as possible.
I think that's about it! We hope you enjoy our run and Happy Holidays! Team OgreFist out!
NesVideoAgent: Hi! I am a robot. I took a few screenshots of this movie and placed them here. Oh! I also corrected the ROM name. 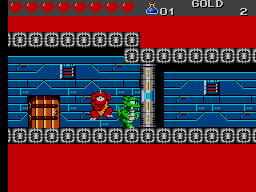 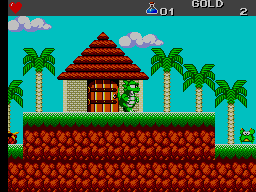 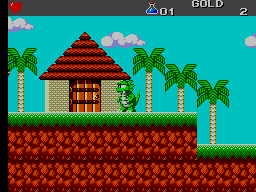 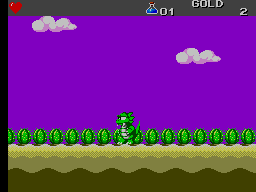 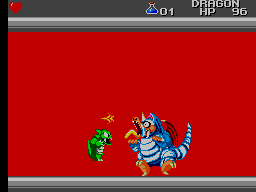 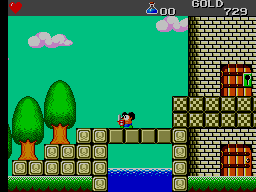 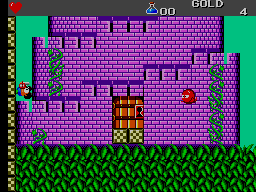 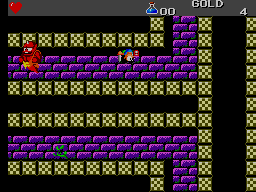 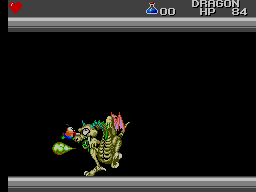 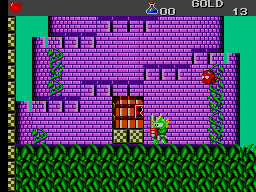 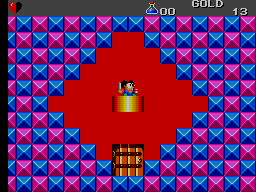 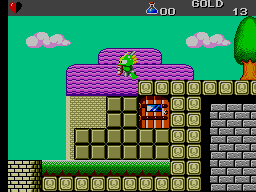 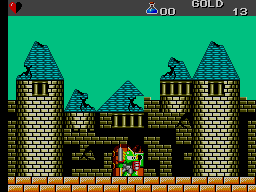 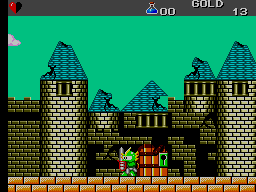 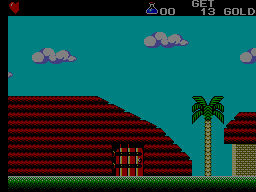 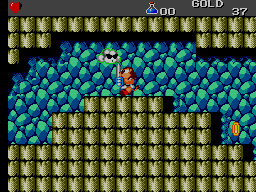 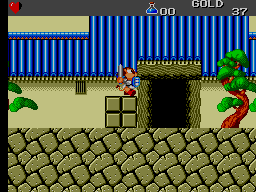 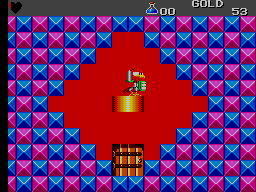 Truncated: Good run of a good game, so I will accept it. I'm pretty sure the last has not been said on this game, so I eagerly await more.
Bisqwit: Processing... with adelikat.
Last Edited by admin@tasvideos.org on 1/1/2022 6:13:10 PM
Page History Latest diff List Referrers