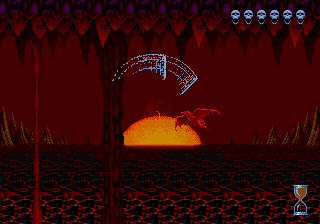 Watch Download (.bk2)
Author notes Discuss
7.66 / 10 Votes: 7
Chakan: The Forever Man is a fairly standard platform game in which you control a dead guy (Chakan has lost his soul) through many levels of hack and slash platforming. The ultimate goal is defeat all the bad-guys and so finally achieve inner-peace.
The story-line (if you can call it that) does give this game an interesting image and it is much darker than most other titles available on the Genesis.
This is a full completion run, which, compared to the any% branch, beats some additional levels and collects all items.
NOTE: Don't be fooled by the fake credits after the final level. The game is not quite over yet.
Published on 3/21/2016
See full publication history
Game:
Chakan: The Forever Man
Genres:
Action
Platform

Emulator Version:
bizhawk 1.9.3
Webmasters, please don't link directly to the files. Link to this page or the front page instead.
Republication of movies from this site is only allowed under the following conditions:
Do not label them with speculations. If unsure, ask the site staff for details.