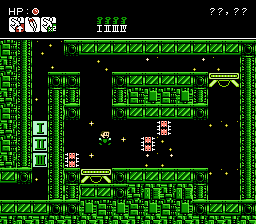 Watch on YouTube
Author notes Discuss
6.75 / 10
Battle Kid: Fortress of Peril may look old, but it's actually released in 2010! Mainly inspired by the PC game I Wanna Be the Guy, this game is classic platforming action, where anything can kill the player in one single hit. While it's not unfair (as opposed to I Wanna Be the Guy), it's still really hard.
In this run, Fortranm plays yet another special stage that utilizes a new game mechanic that was introduced in version 2.0 of the game, lifts, and completes it in record time.
Published 12 days ago
See full publication history
Game:
Battle Kid: Fortress of Peril
Genres:
Platformer
Unofficial game