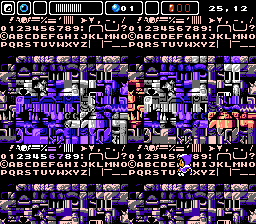 Watch on YouTube
Author notes Discuss
7.5 / 10
Alwa's Awakening: The 8-Bit Edition is an official NES demake of the PC game Alwa's Awakening that was co-developed by the developers of the original game. While Alwa's Awakening was a throwback to the 8-bit era of video games with its retro-esque gameplay and graphics, the NES version is a full-on port to an 8-bit video game console. And unlike most demakes, this version retains most of the levels of the PC version along with adding exclusive content.
ViGreyTech makes use of screen wrapping and zipping glitches in this run to get to the final boss much quicker than intended. You can read their notes for more details. We also have a run that forgoes the uses of these glitches in favor of mostly playing the game as it was intended.
Published 9 days ago
See full publication history
Game:
Alwa's Awakening: The 8-Bit Edition
Genres:
Platformer
Unofficial game