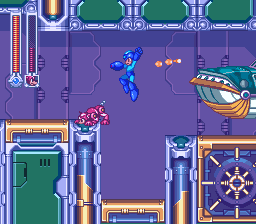 Watch on YouTube
Author notes Discuss
7.74 / 10
Published on 8/6/2006
Rockman & Forte, known as Megaman & Bass in the western world, is the last game chronologically released for the original Rockman/Megaman series.
This time around, Wily has his own creation turned against him, allowing you to play as Megaman or a bad guy!
This run uses only Rockman, however, and collects all 100 CDs, which is not intended to be possible using only one character.
There is also another run by sparky, which uses Forte and does not collect all the CDs.
See full publication history
Game:
Mega Man & Bass
Genres:
Action
Platformer