The main nearly naked character, Tom-Tom must rescue his beloved girlfriend (we will call her bikini-Sue) from the wicked monster (I don't think it has a name). I believe the Wonderboy series where Sega Master Systems most popular and best selling games.

At first, It was fairly easy to work on this game. Basically, all you need to do is jump over enemies and kill a few. But how wrong I was. A smile turned slowly into a said and painful face. there are two things to consider when watching this run. 1) the game lags here and there which sometimes can be avoided by avoiding killing enemies by jumping over them or sometimes actually taking fruits to minimize objects on the screen. This is why you see me occasionally getting fruits. The less fruit you get the better because the game counts them in the end at the bonus scene (I recommend fastforwarding through those boring scenes). I tried to avoid as many fruits as possible. 2) This game goes "apeshit" after a few levels. There is no chance in hell that you can move quickly with your speedy skateboard without tool-assistance.. The very frustrating and hard levels begins at 7-2 as each of your jump must be frame perfect for obstacle's and platforms ahead. I was thrilled when this game was finally over, because it really really exhausted me :(
(The rerecord count is a little messed up. It should be around 10 thousand rerecords).
NesVideoAgent: Hi! I am a robot. I took a few screenshots of this movie and placed them here. Here goes! Feel free to clean up the list. 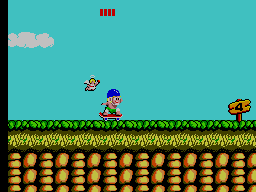 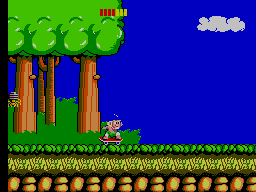 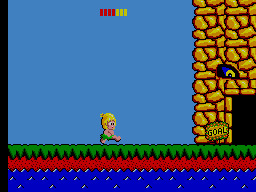 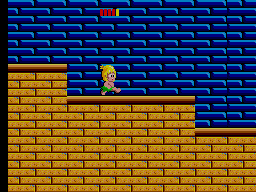 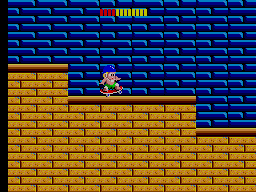 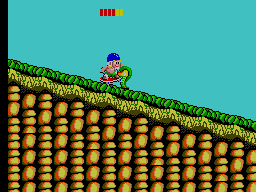 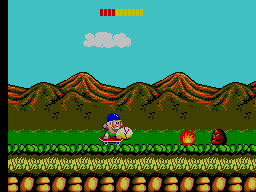 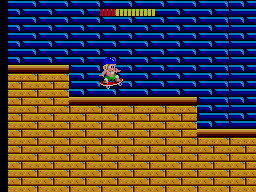 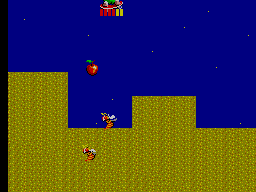 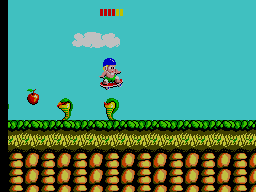 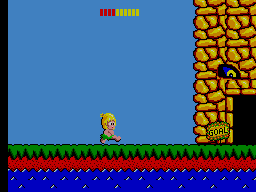 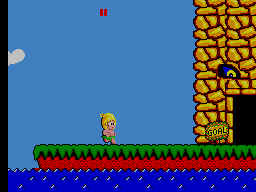 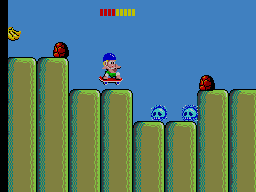 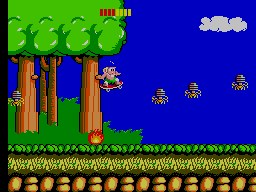 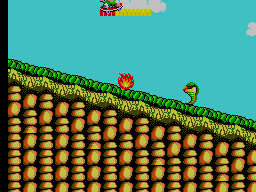 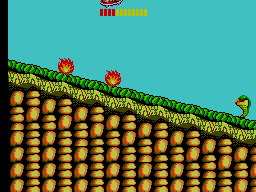 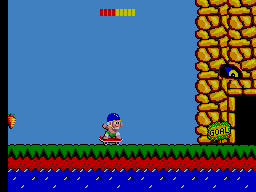 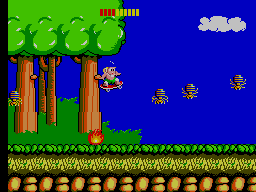 adelikat: Verdict: This is accepted and will obsolete the NES Adventure Island. The precedent in regards to cross platform remakes is that the original is preferred. In addition, Wonderboy seems somewhat better suited for TASing.
Bisqwit: Processing. With adelikat.

Joined: 10/28/2007
Posts: 1360
Location: The dark horror in the back of your mind
This game and its sequels and derivatives have always annoyed me. That having been said, there are segments in here of undeniably high difficulty which are played nigh flawlessly. I will need to consider my vote, given that there are already runs of Adventure Island already up on the site and I understand it is rather closely related to this game. If that is resolved, I am presently leaning towards a yes vote.
Posted: 11/28/2007 12:48 AM
Quote

Joined: 11/2/2007
Posts: 99
Location: Toronto, Canada
AngerFist with yet another SMS run! I should probably watch the Adventure Island run before voting. I'm sure there are subtle differences to consider for a TAS, but to what extent I don't know... Adventure Island is a clone of Wonder Boy, not the other way around. :) Escape/Westone had a licensing arrangement whereby they owned the rights to the game, but Sega retained rights to the main characters, bosses, and names. Because of this they teamed up with Hudson Soft to produce a conversion of the game for the NES, under a new license. To get around the licensing issue, Hudson Soft simply had the graphics of the main character and the title changed. The result was Adventure Island, which instead of featuring Tom-Tom, featured a character known as Master Higgins, who bore a striking resemblance to Tom-Tom, albeit with a hat. The game was, however, Wonder Boy in all but name. In this arrangement, once again, Hudson Soft retained the rights to the character and name, allowing them to continue to produce future games using the Adventure Island name and characters. These sequels are not based on the Wonder Boy sequels.[/quote]
Posted: 11/28/2007 1:39 AM
Quote

Joined: 3/30/2004
Posts: 359
Location: Borlänge - Sweden
I can understand if your happy smile went to a really sad face. I own this game and have completed it serveral times, so I KNOW your feelings and how hard the game accually are. Would be really fun to see that secret lvl sometime :) Even tho that means collect all dolls. Nice game, lots of fun, nice played. A big thumb up from me :)
Wheeeehaaa.. Yaaayy..
Posted: 11/28/2007 12:38 PM
Quote

Ogre, check your topic :) http://tasvideos.org/forum/viewtopic.php?t=5089&start=40 For visual and other minor useful comparison, feel free to check this site: http://hg101.classicgaming.gamespy.com/wonderboy/wonderboy.htm FODA, I have thought about it but I thought maybe it is better if you would work on it since you discovered some screen glitch bug or something like that. But I could start working on Miracle World provided you explain to me or show me how the glitch works (assuming it saves time). Also, for my next project, these are the candidates (no specific priority): 1. Mega Man Zero 1 for Gameboy color. 2. Mega Man 4 or 5 for Gameboy. 3. Resume working on Mega Man 4 for NES. 4. Wonder Boy III: The Dragon's Trap (this is the one I really would like to work on). 5. Wonder Boy 2 - Wonderboy in Monsterland.
Posted: 12/4/2007 3:42 PM
Quote

Experienced Forum User
Joined: 10/19/2007
Posts: 39
Location: Stockholm, Sweden
Yay Wonder Boy! Having just watched it, I can see how someone who hasn't played the game (or adventure island) wouldn't be very entertained but it was still a very good run. I didn't like that you sometimes wasted more axes than you needed to but that's my only complaint. If you're doing the rest of the series, please do WB3 first, that game is a masterpiece!
Posted: 12/4/2007 3:43 PM
Quote

Joined: 2/26/2007
Posts: 1360
Location: Minnesota
i really hate to do this, but i voted no. I was simply not entertained at all by this movie. the music was bad, the whole "skate around until you [evetually in a non-tas] hit something, then walk around, then fight boss" thing was really unappealing and, finally, i was let down by the name wonder boy for this game (i really like the other WB titles [in monster land is a good one]) sorry angerfist, but just too much negative to vote any kind of positive. Yes, i know that being let down by wonderboy is not a reason and it is also not a true reason why i voted... but i figured i would throw in my two cents anyways ;P
Posted: 12/5/2007 8:20 PM
(Edited: 12/6/2007 4:33 AM)
Quote

Joined: 11/2/2007
Posts: 99
Location: Toronto, Canada
OK, I finally got the AVI of the NES version (whoever was seeding that, much appreciated) and did some comparison. In general, the SMS levels seem to go by a bit faster, but the score tallying screen and level intro screen are much faster on the NES version. Interestingly, the amount of health you have in the SMS version makes no much less difference to the score tallying time as long as your score is counted before the music stops. The level layout was not 100% the same but for the levels I looked at it was close enough to not really make a difference. Anyhow, I'm giving this movie a yes vote because I enjoyed it. But I'm not sure whether it should replace the current NES run (impossible to do a precision comparison), or be published alongside it (I don't think the games are different enough to warrant two runs, and the runs both aim for the same objectives). Or neither. I think the graphics are better in the SMS version; the sound is comparable in terms of quality. Do you really think this game looks worse than the NES version?
Posted: 12/6/2007 3:59 AM
Quote

Joined: 5/1/2004
Posts: 4096
Location: Rio, Brazil
It is interesting how our perception of game visuals changes based on how well we know each system's limitations...
aka Nesrocks http://www.youtube.com/user/UoBtExFODA https://nesrocks.com https://twitter.com/bitinkstudios
Posted: 12/8/2007 12:48 PM
Quote

Experienced Forum User
Joined: 1/31/2005
Posts: 121
Images in Wonder Boy are really detailed and funny, much better than Adventure Island 1. Some stages like volcano, water falls with jumping fishes and cloudy sky with lightning are well produced. But the music and sound effects are poor... Generally I think you play well.
Posted: 12/11/2007 1:21 AM
Quote

The movie doesn't even start to get interesting until about 7-2. And even then, it is rather repetitive. I appreciate the difficulty of those levels though. Problem is that those levels come with the baggage of the first 25 levels. On top of that, we already have a TAS of Adventure Islands. It differentiates from this one in marginal ways. Sorry, but I have to vote no.
It's hard to look this good. My TAS projects
Posted: 1/2/2008 11:28 PM
Quote

This post is mainly in response to adelikats post. I took the time to watch FODA's Adventure Island 1 TAS to compare with Wonderboy. I wholeheartedly tried to be objective as possible. Here are my conclusions/differences I found: The length of the bonus scene are somewhat the same. The graphic looks way better in wonderboy. I remember someone in IRC or elsewhere complained about the music in Wonderboy. Well if you take a look at Adventure Island 1, the music there does not offer variety. In Adventure Island, you can apparently destroy the rocks (even the big ones), which you cannot do in Wonderboy. Now this may seem like a very minor thing, but, if you look at my run, the rocks certainly caused more difficulty. Certain jumps must be pretty perfect in order not to bump into a rock and lose your skateboard. It appears that you have a stronger weapon in Adventure Island, which naturally makes things a lot easier for the author (FODA, in this case). Like destroying rocks, killing enemies and obviously the bosses. Adelikat complained about the lag in my run. There is noticable lag in area 3-4, 7-4, 4-4, 8-1 and 8-2 in the Adventure Island run. Seems like you travel slightly faster using the skateboard in wonderboy than in adventure island, which makes it a bit more difficult for the author of wonderboy (ME!) to maintain top speed. I hardly breathe in my run, I always seem to be jumping (to avoid getting hit, cause less lag and avoid fruits) to maintain top speed. With other words, the difficulty to maintain top speed in Wonderboy should be considered to be more harder than in Adventure Island. I seem to have used the skateboard more, even though I went through more stages. The character in Adventure Island looks different (different hair color and face), seem to move a touch slower than Tom-Tom in Wonderboy. There seemed to be more slowdowns between the moving platforms in Adventure Island than in Wonderboy. This is a pretty unfair judgement. In comparison to Adventure Island, If anything, mine was a tad more difficult + what I said above.
Posted: 1/8/2008 10:07 PM
Quote

I voted no because I didn't like watching this movie. Then again I didn't like the Adventure Island movie. If it's between that movie and this one, I don't care that much which one is on the site.
Posted: 1/8/2008 11:42 PM
Quote 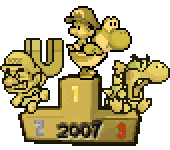 Past mistakes do not justify making new ones. As for the run, I haven't watched it at all because I seriously can not stand SMS-runs, and I don't want to end up voting no just because I can.
1 2