Welcome, this is the discussion board of TASVideos.
If you have a question, please read the Site FAQ first to see if your question has already been answered.
Be sure your posts conform to Site Rules
We also have a Discord server and an IRC channel #tasvideos at irc.libera.chat...
Vote: Did you like watching this movie? (Vote after watching!)
Submission Text Full Submission Page
Castlevania AoS Julius version by zggzdydp. This run is 61 seconds faster than the published run by Atma. Improvements come from optimized movement and boss fight. As the published run, played in normal mode, the only difference in hard mode is stronger boss, but longer boss fight is more boring. Thanks Amta for his contributions, huzhangyang for his WIP, and klmz as my WIP viewer.
NesVideoAgent: Hi! I am a robot. I took a few screenshots of this movie and placed them here. Here goes! Feel free to clean up the list. 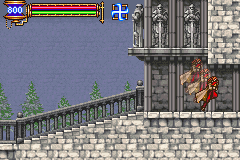 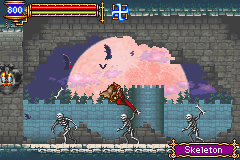 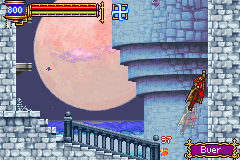 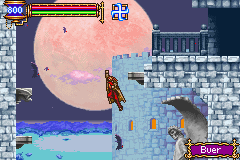 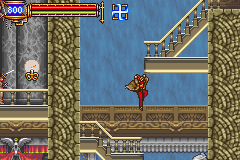 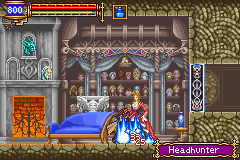 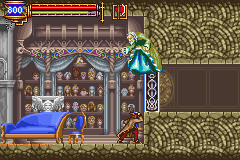 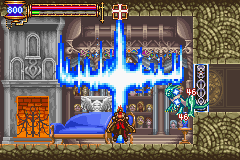 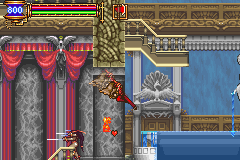 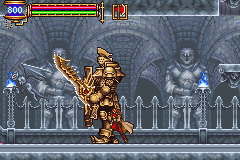 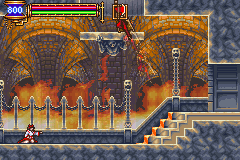 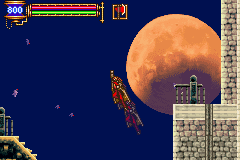 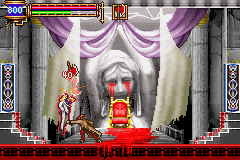 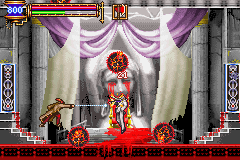 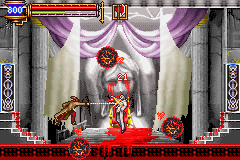 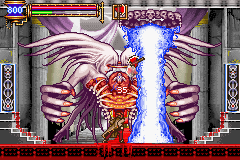 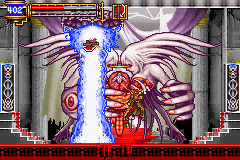 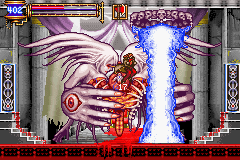 <fap><fap><fap><fap> Yes it is so dammed good that I faped 4 times, also I'm drunk. But this is pure awesomenes on a can. I voted yes it that was not painfully obvious already.
Agare Bagare Kopparslagare
Posted: 4/30/2008 5:33 PM
Quote

Joined: 4/27/2006
Posts: 304
Location: Eastern Canada
Hmm. The fight against Graham is pretty long... how much would collecting one more boss orb boost Julius' attack by? if it close to doubles your damage it may be worth trying to kill an extra boss first (least out of the way would be the hippogriph, I believe). Also, in that fight, if the cross can connect multiple times it may be better to use it once or twice in the first phase to cut out that last teleport (you were only one hit away from avoiding it). Also, the fact that you get hit three times in the last fight is a bit of a letdown, is the getting hit animation really faster than flat out avoiding the attack? alternatively you could save magic for these sections and throw axes while crouching, or using the cross crash (makes you invincible, right?). Of course, that applies only if those suggestions are in fact faster... also, is the dual arm attack not manipulateable in any way? It didn't seem to follow from a pattern of X single arm attacks to 1 dual arm attack... The rest of the run was great, very sneaky way of moving quickly, I'm just not entirely convinced that this can't be improved any further.
Posted: 5/1/2008 12:30 AM
Quote

IIRC, hippogriph is absent from this game. There are 3 possible alternatives: to beat Manticore/Big Golem/Death and get 1 more powerup. However according to some tests none would be faster since they are too far away or simply too slow to kill (Death is). I think so. o_O Maybe. The biggest problem I see is there will be more than 3 categories of AoS submissions. Will the 3-categories-rule be break when the "all souls run" gets submitted? EDIT: Oh Yes vote! EDIT2: I didn't answer all the questions.
<klmz> it reminds me of that people used to keep quoting adelikat's IRC statements in the old good days <adelikat> no doubt <adelikat> klmz, they still do
Posted: 5/1/2008 5:04 AM
Quote

As klmz said. He suggested me beat the Big Golem boss in Dance Hall, unfortunately we found it still doesn't save time after we tested for it. Other bosses are too far, it's impossible that kill one of them to save time. Hm, try to understand: if the hero takes no damage, he must wait the arms separate, then he can jump and attack, right? but in the run, he jumped before the arms separated, you can watch clear with FA. In other words, he jumped earlier by damage taking. Cross crash spent too much MP, I'm sure it's not worth using it. I have no idea that manipulate the boss attack, of course I tried to avoid the dual arms attack, but failed. Maybe it's possible, yet very diffcult. klmz, Super Metroid has 4 movies.
my homepage
Posted: 5/1/2008 8:47 PM
Quote

Well there is no absolute rule that statest it impossible for a game to have more than 3 categories. Both Super Metroid and Metroid have 4 each. As long as there is a good reason for it there can be 4 categories, and I think there is a better reason to do it with this game than there where to do it with Super Metroid. If anything the 100% run should obsolete the non-warped any% run if it can't get published otherwise, since that category seems kinda useless if there exists a 100% run. Still I think that all of them should be allowed to co-exist.
Agare Bagare Kopparslagare
Posted: 5/1/2008 9:45 PM
Quote

Joined: 9/1/2005
Posts: 803
I agree with this. While I can't comment on the first part (as I never considered damage to be a worthwhile option for such a short play), the second part isn't really that viable as you can't use sub-weapons while ducking as the command to use them is up+b, iirc. I wasn't able to find a way to manipulate the hand movements to completely remove the dual attack back when I did my run of this, or even a real pattern to them outside of the "you're on this side, I'll attack this side" kind. With the dual attack, you can force some invincibility during it with the uppercut to allow you to damage it anyway without getting hit. This was rather entertaining I do say. The boss fight against the head switching dude who's name I no longer remember was better than mine in several ways, although the getting hit did on grahams last form did detract from the entertainment a bit in my mind. Regardless, good work zggzdydp, this gets a yes :)
Posted: 5/4/2008 7:06 AM
Quote

Joined: 10/9/2004
Posts: 1910
Location: Floating Tower
I've heard of some bizarre ways to move being faster than walking, but I think this takes the cake. Voting yes for jumpsickness.
Taking over the world, one game at a time. Currently TASing: Nothing
Posted: 5/12/2008 9:51 PM
Quote

Joined: 8/1/2004
Posts: 2687
Location: Seattle, WA
Well, Manticore is the body of a lion with wings and a human face. Hippogryph is a griffin with hooves. There is enough of a difference. Or are dogs and cats essentially the same?
hi nitrodon streamline: cyn-chine
Posted: 5/13/2008 10:43 AM
Quote

Good mercy...Lord, please help me... There is a demigod among us.
My current project: Something mysterious (oooooh!) My username is all lower-case letters. Please get it right :(
Posted: 6/17/2008 1:06 AM
Post subject: Movie published
Quote