Welcome, this is the discussion board of TASVideos.
If you have a question, please read the Site FAQ first to see if your question has already been answered.
Be sure your posts conform to Site Rules
We also have a Discord server and an IRC channel #tasvideos at irc.libera.chat...
Vote: Did you like watching this movie? (Vote after watching!)
Submission Text Full Submission Page
Hello everyone.I'm computerbird,a chinese player.This is my first tool-assisted movie,and this movie is 9406 frames faster than the published movie by Xaphan.

For real-time attack,I have used ABSs to pass the logo to save time.

When we use dash jump,we can only press button A to continou it,and there is no sound of dash,when we use this dash jump,any topographty have no effact on zero.
edit:I think this is a bug,and it can use in MMZ4 too.

The intro stage is pretty simple,not much more to say about,only kill a lot of enemies to get a high rank.And I let omega to use "helo attack",in order to some different with Xaphan.

Choise this stage at first only for the EXskill,and I think don't let boss disappeared will more faster.

Not too much to say about...I only changed the mode of combo.

I changed the way,and use recoil rod more perfect

Too many way in this stage,but I think Xaphan's choies is the best,so I don't change it.The most frams I have saved is in mid boss battle.

This stage is not very hard either...Also,save many frames in boss battle.

I only changed the mode of combo in boss battle.

I have chosen this stage befor the stage Desert Of Dusk in order to taking the EXskill BlizzrdArrow.I need the EXskill in next stage.

I saved too many frames in vs mid boss and boss... BlizzrdArrow really very useful in this stage.

Not so hard,and I have saved more time in the second zone.

I like this stage very much,and the most important thing is:we can read the 003 chip by ourselves,there is no need to let Cerveau to read it......

This stage is too long...and I saved too many frames in vs mid boss.

Not too much to say...Only manipulate the 4 doors...

Even I want to fight with Phantom,but he is not in the right way,so I have chosen not to fight him.The Baby Elves is easy,indeed no need manipulate...

The last stage,I killed every boss less than 400 frames except Tretista Kelverian,Omega and Omega Final.They have too much hp and the GaleAttack can't hit them...

<EDIT>VBAR V20 have too many bugs...next time I will use v19.3
Bisqwit: Uncancelled the submission.
NesVideoAgent: Hi! I am a robot. I took a few screenshots of this movie and placed them here. Oh! I also corrected the ROM name. 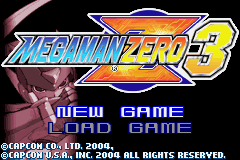 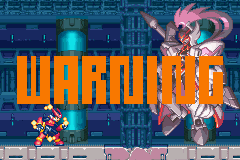 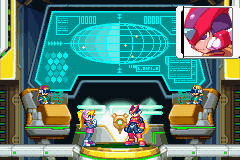 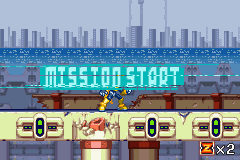 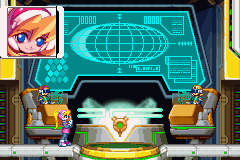 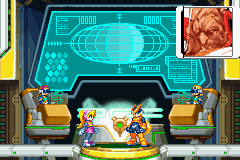 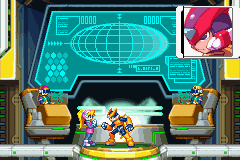 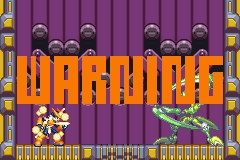 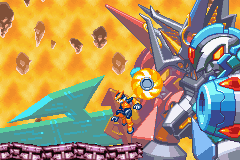 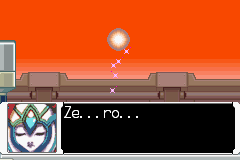 adelikat: Accepted as an improvement to the published movie.
DeHackEd: Mencoder approves.

First one to vote yes! Wow wow wow. What an amazing run! Everything felt well planned in this run. Very entertaining and so fast! I think you are totally awesome for creating such a nice run since this is your first submitted TAS and I really hope to see more Mega Man Zero TAS from you. Go ComputerBird!
Posted: 6/13/2008 12:41 PM
Quote

Experienced Forum User
Joined: 9/26/2007
Posts: 55
Location: Michigan
Actually your English is excellent, certainly quite a long shot superior to my Chinese. =) important And you should have used rectify instead of rectification, small error there. It's much more troubling that I was only able to give this a 'yes' vote and not a 'hell yes!' vote. Excellent movie! =) My favorite part was the first battle with the Frosty Cow where Zero got some glitter on his... um, X-Saber.
Posted: 6/13/2008 1:47 PM
Quote

Joined: 1/2/2007
Posts: 188
Location: Germany, Munich
I was first reluctant to watch the movie, considering the rerecord number for a 1 hour movie. But not only did I really enjoy the movie, I don't have any complains about the technical aspects of the run. Smooth execution, good planning and saved more than 2 and a half minutes. Great job. I can't but agree with angerfist, hoping that we will see more mega man zero runs from you.
Posted: 6/13/2008 9:44 PM
Quote

Joined: 5/24/2005
Posts: 405
Location: France
You did an incredible job and I'm really impressed by your run ! You use Exskills much better than I did and used some tricks that were completely skipped in my movies (dash jumping to climb narrow walls for example) ! That's a yes vote ! I may try an improvement one day, but that'll e hard and may take time. Once I'm done with my new MMZ4 run, I mayy pause MMZ run and go on Klonoa 2... Finally I wanted to know if you had planned to use the EU or the J version for your MMZ4 run ? You're great :) !
Not dead yet... still very busy... damn...
Posted: 6/13/2008 10:37 PM
Quote

This is the first time I ever watched a Megaman Zero TAS. There's kind of a lot of cutscenes and dialogue for a megaman game, but Flop likes. I vote yes!
☣ Homepage ☣ Retired
Posted: 6/14/2008 1:11 AM
Quote

It's common for Chinese TASers who have been very good and experienced players before they start to make TASes of those games. The best example is HappyLee. Oh, my vote is Yes. Good job!
<klmz> it reminds me of that people used to keep quoting adelikat's IRC statements in the old good days <adelikat> no doubt <adelikat> klmz, they still do
Posted: 7/17/2008 1:56 AM
Post subject: Movie published
Quote