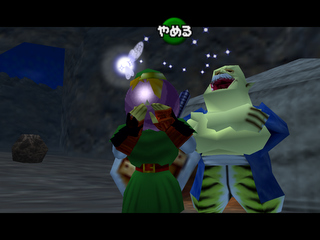 Author notes Discuss
6.86 / 10
In the revolutionary 3D debut for the Legend of Zelda series, Link must travel around the colourful land of Hyrule and awaken six Sages in order to save it from the evil Ganondorf.
This movie uses a variety of sequence breaks and shortcuts to complete the game in under an hour using a minimal number of inventory and quest items. Of central interest are the ability to glitch through the Door of Time, meaning that no dungeons need to be entered as young Link, and a memory manipulation glitch known as the Reverse Bottle Adventure, allowing the medallions collected from adult Link's dungeons to be pulled out of thin air; therefore the only dungeon that is ever entered in this run is Ganon's Castle.
This run was originally created for the Japanese video site nicovideo, and hence was run on the Japanese version of the game; allowing this is a deliberate exception to the site's rules. Further improvements are known to exist.
Note: The torrent file was replaced shortly after publication with an encode with superior visual quality.
Note 2: The files has been replaced again with an encode with better video/audio
Published on 3/21/2010 1:15 AM
Obsoletes:
N64 The Legend of Zelda: Ocarina of Time by GuanoBowl in 2:33:24.72