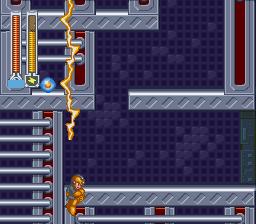 Watch on YouTube
Author notes Discuss
8.64 / 10
Published on 1/23/2011
Rockman & Forte (ロックマン&フォルテ), known as Megaman & Bass in the western world, used to be the last game chronologically released for the original Rockman/Megaman series, until Rockman & Forte Mirai kara no Chōsensha (ロックマン&フォルテ 未来からの挑戦者) was released on the WonderSwan handheld system.
This time around, Wily has his own creation turned against him, allowing you to play as Megaman or a bad guy!
This run uses only Rockman, however, and collects all 100 CDs, which is not intended to be possible using only one character. Then again, many things happen that were not intended to be possible.
This run surpasses the previous movie by 02:31.17 minutes!
There are two more Rockman & Forte runs to watch on this site. Both of these runs don't collect all 100 CDs. There is a run that completes the game as Rockman, and there is a run that completes the game as Forte.
Obsoletes:
SNES Mega Man & Bass "100 CDs" by parrot14gree in 42:19.82