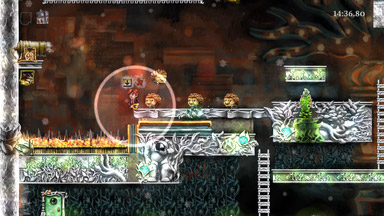 Braid is a famous indie platform game with some unique puzzlework. It was originally released on Xbox Live Arcade before being ported to other platforms. A major feature of the game is the player's unlimited ability to reverse time and "rewind" actions, even after dying. The game itself was intended to be an artful deconstruction of traditional video game concepts.
Many tricks are used to complete the speedrun mode in an astounding 20:11.17 according to the internal timer; see the author's comments for more information.
If you understand French pretty well, you may be interested in watching the special episode of Speed Game, featuring commentary from Coeurdevandale and the author of this TAS, keylie. The tricks used are also explained there.
Published on 6/7/2013 12:00 AM
See full publication history
Game:
Braid
Genres:
Platformer
Puzzle