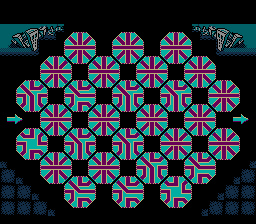 Hong Kong 97 (PD) [h4C].bk2
In 00:36.67 (2204 frames), 126 rerecords
Game: Hong Kong 97 (SNES)
1 comment, 4250 views, 243 downloads
Uploaded 10/28/2020 4:47 AM by Evan0512 (3 files)
Download (2.74 KB) Information
It was a homebrew game made in Happysoft in 1995. It was only available in SNES and there were three languages. I chose Japanese because it saves time when changing these three languages.
There is only one button that shoots bullets: the Y button. The other buttons were useless, and in the story, I pressed any button.
The game has three types of people: the soldier walks constantly vertically while the second person walks much faster and it walks diagonally. The third person shoots bullets while walking fastly and diagonally. After 30 people were shot by the player, the boss appears, and when defeated, it repeats in an endless loop. I have to let a player die because there is no lives or health points, by only touching a soldier or an enemy. A game over screen goes into the credits (Japanese only) and the game repeats again.
There is only one powerup. The syringe makes him invisible for a few seconds. Opposite, the green coin with a white circle makes him invisible for a few seconds and die automatically without touching anything.
The background randomizes every time it started. The score is in Chinese characters and it was useless. There were five backgrounds, which was mistakened as stages, there is only one level actually. I did one cycle, which took 35 seconds to complete. The background changes to pink when there is a boss and blue for normal. The song started and continues infinitely.
Took at least 0.4 seconds off when selecting language and 0.8 seconds after defeating the boss so that the player dies.