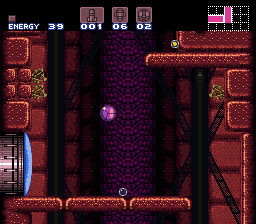 Watch on YouTube
Author notes Discuss
9.15 / 10
Super Metroid is a game that requires very little introduction. Samus Aran, a bounty hunter, returns to the planet of Zebes, in order to explore its depths, and defeat Mother Brain and the Space Pirates.
This movie sees the reinstatement of the in-game category, which was previously merged with the realtime run. Despite being slightly slower in terms of real time, this speedrun is both extremely optimised and breaks previous records once thought to be the limit of the game. The completion time stands at 0:22:38, and is displayed at the end of the game as 0:22, considered the lowest minute breakpoint attainable without resorting to game-breaking exploits... at least until another run comes and smashes that expectation to bits, as they often have here at TASVideos.
Published on 10/30/2011 12:00 AM
Obsoletes:
SNES Super Metroid "ingame time" by Cpadolf in 41:02.40